This news story from the Hattiesburg American on Monday, August 15, 1966, Page 14, provides a nice summary of what was really going on when Walter and his brother Revah were digging a “well” on the Mississippi property in 1932. It wasn’t a well. Revah believed there was buried treasure on the family farm, and he had enlisted Walter’s aid to help dig for it. I didn’t explain this when I posted those letters because I wanted to wait until we got to this newspaper article.

If you do an internet search for “Franklin County Gold Hole,” you’ll get lots of wild speculation about what’s buried on my family’s land. Of course this is absurd, but that hasn’t stopped all manner of delusional folks from digging there, with or without permission.

In case any erstwhile treasure-seekers have landed on this page, I’ll reiterate what we’ve been telling these people for the past forty years: there’s no treasure buried there, and there never was. Jean Lafitte never passed anywhere nearby, nor did outlaws choose a random spot deep in the woods with no major landmarks to build some kind of robber’s 401(k) plan. The current generation of landowners is also disinclined to let anyone make the artificial lake on the property any bigger, so keep out. 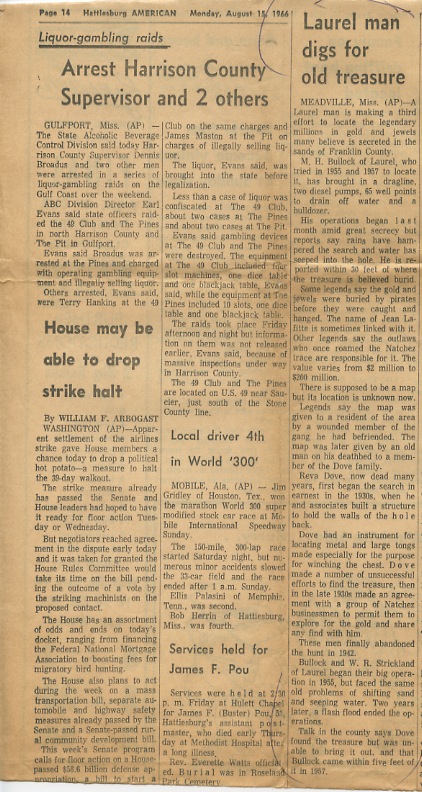